How important is mere appearance to a man? Well, a man can’t lie to himself – very important. A dermatologist takes a close look at the products and processes designed to make a man nice to be near to; and spell out the A-B-Cs of good grooming.

Is your bathroom mirror a location you approach with trepidation each morning for fear of the tale it will tell? Namely, that your appearance could do with a bit of sprucing up?

Well, stop worrying that pimple, and quit reflecting on that bald pate. If you really want to turn over a new look (and women don’t have the monopoly on good looks!) there’s nothing to stop you.

Let’s get down to the nitty-gritty:

In dusty cities and other polluted areas, it is a good habit to wash your hair every day. “Daily washing does not ruin the hair,” says Dermatologist. “In fact it is hygienic and makes the head less prone to infection.”

Many men shy away from shampoos believing them to be exclusively a woman’s beauty aid. But, basically, shampoo is for hair and hair has no gender. Shampoos produce lather better than soap and, because the surface tension is less, it makes it easier to clean the hair.

Conditioners break the disulphide bonds of the hair, thus making the hair more manageable and easier to groom. Today, shampoos are available with built-in conditioners, making them a convenient cosmetic aid.

No woman likes a man with a dandruff problem. Dandruff is one of the great put-offs. But, contrary to popular thinking, “dandruff is not a disease,” informs Dermatologist. “It is an accentuated physiological problem. That is, the skin is shed regularly under normal circumstances and when the shedding is excessive it is called dandruff.” Most so-called anti-dandruff shampoos available in the market only wash away the dead cells from the scalp. The exception is selenium sulphide, an ingredient that reduces the turnover or formation of cells, thus retarding, though not curing the problem. The best advice you could follow is to keep the scalp clean by daily washing.

A balding head – every man’s Achilles heel! Quite a few ‘losers’ have turned to minoxidil as a hair restorer. While regular application of minoxidil does sprout fine hair on bald areas of the sclp, as soon as application is ceased, the hair begins to fall off again. Even more important, minoxidil affects the heart, and cardiac problems. Therefore it should be used only under a doctor’s supervision.

Go for a haircut to your neighbourhood saloon and in most cases you will be given a head massage as a perk (sometimes you pay extra). Indeed, the massaging action does perk up blood circulation, but it is mistakenly assumed (and assured by hair-dressers) to also improve hair growth. “That is a myth,” says Dermatologist, “for the growth and life of your hair are determined by your individual genetic pattern.” So, enjoy the relaxing effects of the massage by all means, but don’t expect miracles to sprout above your hairline.

Now for blood and tears, otherwise known as shaving. Your grandfather probably used soap, but today it is more fashionable to use shaving creams. There are the conventional ones which have to be lathered on with a brush, and there is also the spray variety which spreads foam at the press of a button. Essentially, however, “soap and water would do as well,” argues Dermatologist. Like shaving creams, they simply fulfil the basic requirement of softening the hair for a better shave. The only advantage that a shaving cream has over soap is that it produces a thicker lather which does not drip or dry as quickly a s soap does.

Use a sharp-edged blade while shaving. A dull-edged blade can cause irritation because of the repeated friction on the skin. Stroke with the grain and wash the razor clean after a shave – a dirty razor can cause skin infections. “Fungus on the shaving areas of a man’s face can almost always be traced back to an unclean razor,” says Dermatologist.

After-shaves are big business. They are advertised as a lifestyle. But he main ingredient in all of them is a high concentration of ethyl alcohol. The only differences between one and another lie in the percentage of ethyl alcohol and in the additives used (cologne, lime, musk, etc.) After-shaves are advisable because the ethyl alcohol performs two functions. It is anti-bacterial, meaning it destroys germs and bacteria on the skin’s surface. Secondly it is an astringent, which means that if you nick yourself (rather a common occurrence during shaving), the after-shave will cause coagulation of serum in the cut areas. This seals off the wound, making it impervious to external infection. Finally, an aftershave and when you smell good, you feel good, too.

Coming to skin care, more and more men are going in for facials and related treatments these days. They steam, massage and even bleach their faces at beauty salons. Steaming improves blood circulation because of the warmth, but more important it helps to soften plugs (white and black heads), making them easier to remove. Please note, bleaching cannot change skin colouring because pigmentation goes much deeper. Bleaches only lighten the melanin in the dead layer of the skin which sloughs off within 7-14 days when a new layer forms.

A facial massage, done by expert hands, helps to stimulate and tone those muscles that are not exercised in daily living. But while the massaging action may be beneficial, the oils and creams used as lubricants can form residues on the skin surface and block pores. “I’ve had many cases when the oils used become comedogenic (causing blackheads) and acneigenic (causing acne) after facials.” That is why, if the skin reacts adversely to a massage, it is best avoided.

The human body has two sets of sweat glands. The apocrine glands – which lie in the armpits and the genital areas – are the ones that give off odour. The secretion they exude reacts the surface of the skin, releasing what we know as body odour. It is therefore advisable to keep the area clean and dry a much as possible. Since hair provides a retention site for the sweat, the problem can be greatly lessened by shaving off underarm hair.

Are there men who do not suffer from sweaty feet! One good hygiene habit is to wash and dry feet as footwear is taken off. In a hot and humid countries, cotton socks are a better choice than nylon ones. Cotton absorbs the sweat, leaving the feet dry.

Again, because of the sweat, shoes remain moist. Most men use just one pair of shoes for daily wear. Often, the gap between the time a man takes off his shoes and puts them on again is not enough to allow the leather of the shoes to dry. This dampness can lead to fungal infections on the feet. You may never have thought of this before, but it might be a good idea to have at least two pairs of shoes to be used on alternate days.

Keds and sneakers are popular footwear today, but the PVC/rubber soles, as well as the other material used in these shoes generally retain heat. Hence the feet tend to remain moist. If you sweat too much, place cotton wads between your toes. The cotton will absorb the sweat and, by keeping the toes apart from each other, will reduce friction between them.

Broken or dirty finger and toe-mails are an ugly sight. Give yourself a regular manicure to keep your nails trim and clean.

Finally, watch your style! Your lifestyle, that is. Unsightly bags or puffy eyes can be the result of too much partying or too little sleep. Alcohol, cigarettes and drugs can also be to blame.

Pamper yourself – but in the right way. And it will show in the way you look. You’ll enjoy coming face-to-face with yourself in that bathroom mirror! And others will enjoy an encounter with you.

5 Things To Consider Before…

Understanding the 4 Categories of…

Tips on Changing Your Barber 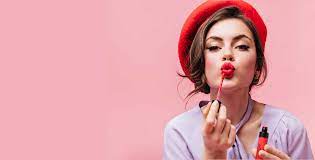 How To Remove Flat Moles…

The 5 Benefits You Get…

3 Things I Learn When…

How to Be a Hairstylist…